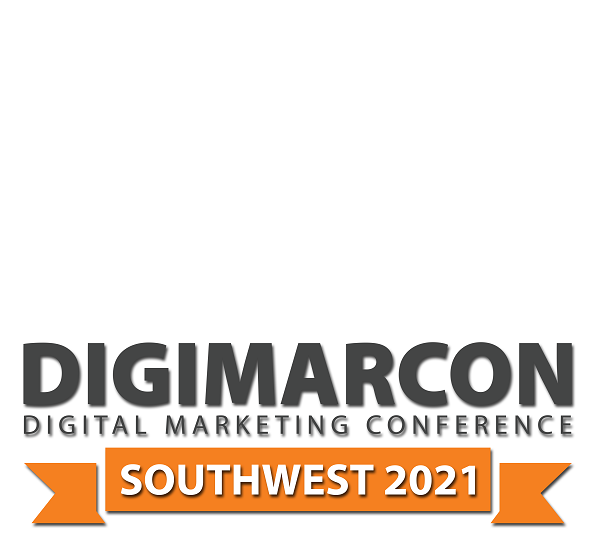 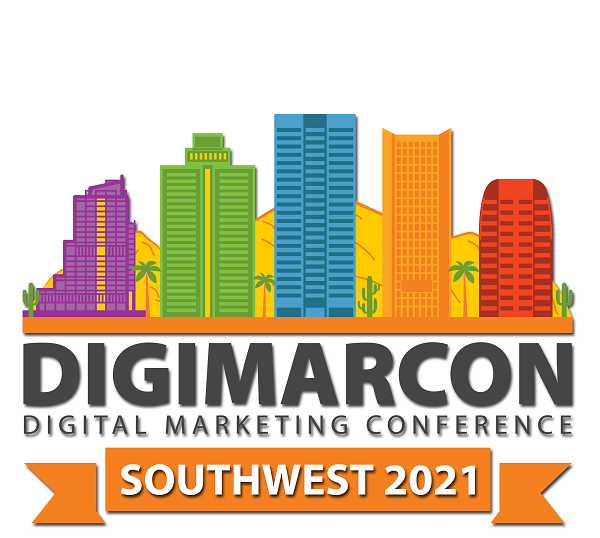 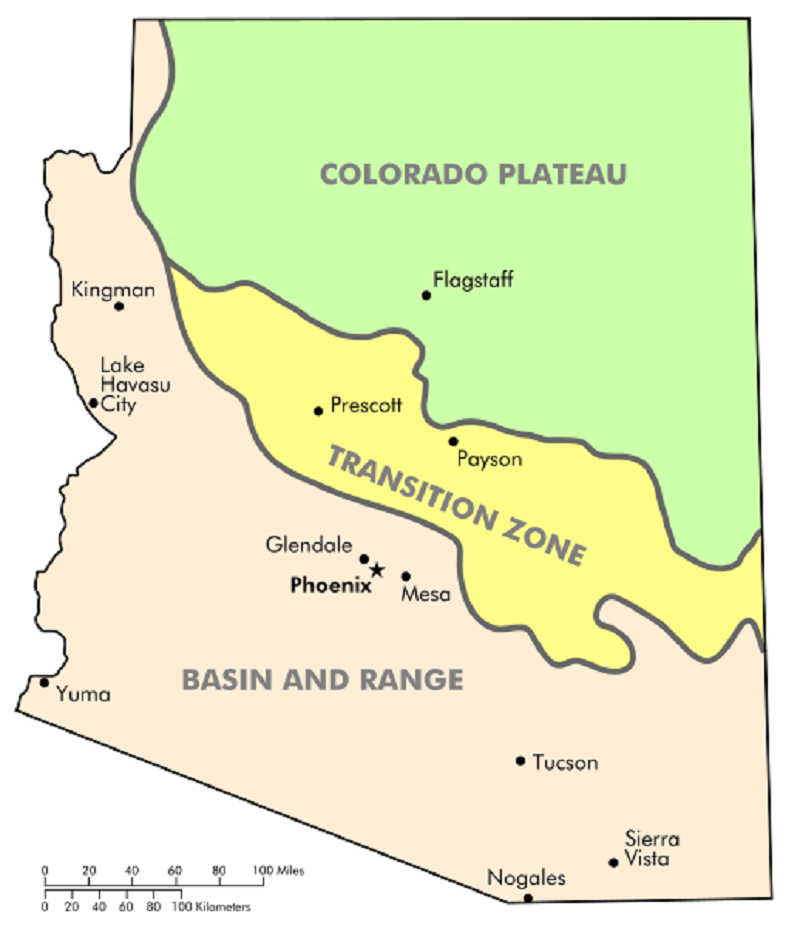 Phoenix, Scottsdale & the Valley of the Sun

— This region encompasses the sprawling metropolitan Phoenix area, which covers more than 400 square miles and includes more than 20 cities and communities surrounded by several distinct mountain ranges. It’s the economic and population center of the state, and is Arizona’s main winter and spring vacation destination. It is here that you’ll find the greatest concentrations of resorts and golf courses. It is also where you’ll find the worst traffic congestion and highest resort rates.

— This region lies between Phoenix and the high country of northern Arizona and includes the red-rock country around the town of Sedona, which is one of the state’s most popular tourist destinations. The rugged scenery around Sedona played many a role in old Western movies and has long attracted artists. Today, Sedona abounds in art galleries, recreational opportunities, and excellent lodging choices. Also within this region are historic Prescott (the former territorial capital of Arizona); the old mining town of Jerome, now an artists’ community; and several Native American ruins and petroglyph sites that are open to the public.

— Home to the Grand Canyon, one of the natural wonders of the world, northern Arizona is a vast and sparsely populated region comprised primarily of public lands and Indian reservations. Because Grand Canyon National Park attracts millions of visitors each year, the city of Flagstaff and the towns of Williams and Tusayan abound in accommodations and restaurants catering to canyon-bound travelers. North of the Grand Canyon and bordering on southern Utah lies a region known as the Arizona Strip. This is the most remote and untraveled region of the state. The Grand Canyon acts as a natural boundary between the Arizona Strip and the rest of the state, and the lack of paved roads and towns keeps away all but the most dedicated explorers. Vermilion Cliffs National Monument is at the eastern end of the Arizona Strip, and the inaccessible Grand Canyon-Parashant National Monument lies at the western end.

— The point where Arizona, Utah, Colorado, and New Mexico come together is the only place in the U.S. where four states share a common boundary. The region is also almost entirely composed of Hopi and Navajo reservation land. This region of spectacular canyons and towering mesas and buttes includes Canyon de Chelly, the Painted Desert, the Petrified Forest, and Monument Valley.

— This area, which comprises the Mogollon Rim region and the White Mountains, is a summertime escape for residents of the lowland desert areas, and abounds with mountain cabins and summer homes. Most of this high country is covered with ponderosa pine forests, laced with trout streams, and dotted with fishing lakes. Although this region comes into its own in summer, it also sees some winter visitation because it has the best ski area in the state: Sunrise Park Resort, on the White Mountain Apache Indian Reservation. Because the area lacks national parks, monuments, and other major geographical attractions, it is not much of a destination for out-of-state visitors.

— Located a bit more than 100 miles south of Phoenix, Tucson is Arizona’s second-most populous metropolitan area and is home to numerous resorts and golf courses. The main attractions include Saguaro National Park and the Arizona-Sonora Desert Museum. With mountain ranges rising in all directions, this city seems more in touch with its natural surroundings than Phoenix, though traffic congestion and sprawl also plague Tucson. If you prefer Boston to New York, San Francisco to Los Angeles, or Portland to Seattle, you’ll likely prefer Tucson to Phoenix.

— Southern Arizona is a region of great contrasts, from desert lowlands to mountain “islands” to vast grassy plains. Mile-high elevations also account for southeastern Arizona having one of the most temperate climates in the world. The mild climate has attracted lots of retirees, and it also brings in rare birds (and birders) and helps support a small wine industry. The western part of southern Arizona is lower in elevation and much hotter than the southeastern corner of the state and, because much of this area is a U.S. Air Force bombing range, is one of the least-visited corners of the state. Organ Pipe Cactus National Monument, wedged between the vast Cabeza Prieta National Wildlife Refuge and the Tohono O’odham Indian Reservation, preserves some of the most spectacular desert scenery in this region. Other than the Tucson metropolitan area, there are few communities of any size. However, a couple of interesting historic towns — Bisbee and Tubac — have become artists’ communities.

— Although Arizona is a landlocked state, its western region is bordered by hundreds of miles of lakeshore that were created by the damming of the Colorado River. Consequently, the area has come to be known as Arizona’s West Coast. Despite the fact that the low-lying lands of this region are among the hottest places in the state during the summer (and the warmest in winter), Arizona’s West Coast is a popular summer destination for budget-conscious desert denizens. College students and families visit for the water-skiing, fishing, and other watersports.

Business and marketing professionals have a lot of choice in events to attend.
As the Premier Digital Marketing Conference & Exhibition Series worldwide
see why DigiMarCon stands out above the rest in the marketing industry
and why delegates keep returning year after year

Building relationships matter! At DigiMarCon Conferences we have more networking breaks on our program than others. On average there are 8 Networking breaks at each event giving delegates ample opportunities in a relaxed atmosphere to meet others over the 2-days at the event; from 1-hour round table networking luncheons to 3-hour dinner receptions. These networking breaks are set in picturesque locations to facilitate memorable experiences while fostering new relationships. Such experiences include enjoying cocktails and the Sunset over the Pacific Ocean on a private Ocean Terrace in Santa Monica, to being on the Sydney Olympic Stadium playing arena at night enjoying cocktails under the lights, to dining at the 360 Revolving Restaurant at the top of the CN Tower in Toronto for a Dinner Reception, enjoying cocktails on a private promenade overlooking Times Square in New York City, or having fun at the Dazzles Night Club onboard the Royal Caribbean Oasis of the Seas for a Farewell Party, etc.

DigiMarCon Keynotes, Panels and Master Classes are facilitated by the foremost thought leaders in the industry, from celebrity social media influencers to CMO’s from the largest Fortune 500 company brands that are disrupting the digital marketing industry, such as Google, Facebook, Microsoft, Amazon, Oracle, Adobe, eBay, Netflix and more. All presentations are pitch-free, and include actionable takeaways, case studies, strategies and tactics, ready to be applied when back in the office.

At DigiMarCon Conferences you are never ‘left in the dark’…. literally, in a large room far away from the stage and speakers, crushed in tight theater seating, without even a desk, while sitting in the dark. At DigiMarCon all delegates have premium meeting space in luxurious ballroom well-lit spaces, with comfortable seating with desk enabling delegates to use their laptop to take notes with ample charging facilities onsite in a comfortable space to learn and thrive. All tables are situated close with direct view of the stage.

DigiMarCon Conferences are affordable to attend, from single-day event passes up to two-day VIP options at a fraction of the cost of other industry events. We offer significant discounts for early bird registrations. Additionally, on top of time-limited discount pass rates, because budgets are tight, we want to make sure all groups have a chance to attend DigiMarCon. For government employees, students, academic, startups, non-profit organizations and teams, we offer generous discounts off the prevailing registration price.

Attend DigiMarCon and you become part of the show! DigiMarCon Conferences tap into the talent of the room, drawing from the knowledge and experience of the professionals in the audience. All DigiMarCon events include regular interactive question and answer sessions with speakers and the audience ideal for collaboration, audience polls, along with ice-breaker and group exercises, steered by charismatic Emcees.

Meet the Speakers in Person

DigiMarCon Conferences put you right up and close with the speakers giving you the opportunity to meet these social media influencers which you follow in person. Speakers are never hidden in private speaker rooms away from the audience, they are in the auditorium sitting right beside you and participating.

Attending a conference is a well-researched decision. There are many factors to consider such as location, time, venue, cost, speakers, content, etc. At DigiMarCon our results-obsessed Customer Service team are at your service before, during and after the event to help with your needs. It’s at the core of what we do — it drives our business. Offsite, we are ready to assist you via phone, ticket or chat. Onsite at our Conferences, friendly DigiMarCon staff serve as your hosts. They welcome your input and are happy to assist you.

DigiMarCon All Access & VIP Passes include a 12-month on demand access to hundreds of hours of DigiMarCon speaker keynotes, panels and master class presentations from recent DigiMarCon Conferences, including videos, slide decks and key takeaways, available on demand so you can watch what you want, when you want.

Attendees of DigiMarcon Conferences gain membership to an exclusive global Digital Marketing Community of over 500,000 worldwide subscribers to our award-winning digital marketing blog and over 70,000 members to our Digital Marketing Professionals Group in LinkedIn (visit https://www.linkedin.com/groups/2661359/). This global community comprises of innovators, senior marketers and branders, entrepreneurs, digital executives and professionals, web & mobile strategists, designers and web project managers, business leaders, business developers, agency executives and their teams and anyone else who operates in the digital community who leverage digital, mobile, and social media marketing. We provide updates to the latest whitepapers and industry reports to keep you updated on trends, innovation and best practice digital marketing.

REGISTER NOW TO SAVE YOUR SEAT
To ensure all attendees get the full benefit of an intimate conference,
we are only offering a limited number of available seats.
RESERVE MY SEAT NOW
AS FEATURED IN: